Activities in the field of international cooperation

Activities in the field of international relations, aimed at raising public awareness of certain topics and/or priorities, are complex and require interaction of multiple actors. Numerous forms of communication (Internet, social networks and other means of communication) are valuable tools and channels that individual, state and international organizations use to inform the public. However, it is little known what actions were previously necessary on the international organizations to implement certain prescribed procedures to achieve the set goals.

For 24 years, Croatia has been a full member of the Food and Agriculture Organization of the United Nations (FAO) and is a member of the European Union for four years, so in this paper, we emphasize the current initiative in the near future.

Each year, on October 16, the United Nations Food and Agriculture Organization (FAO) marks its anniversary of establishment (1945), and at the same day each year since 1980, specifies a topic for promoting the World Food Day through the media and informing the public about the state of nutrition security in the world. In addition to these, already recognized manifestations, new initiatives are also being discussed.

FAO has established a procedure for the designation and implementation of international years (and world-wide commemorations) under its organization. The final decision on proclaiming an international year is passed by the UN General Assembly following a lengthy procedure, which requires a large diplomatic activity of the country proposing an initiative. After the official announcement of the day/year celebration theme, promotional activities are carried out at the national level. 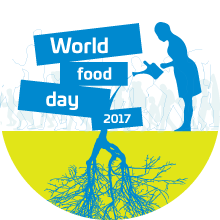 Distribution of articles is allowed with reference to the source, except for commercial purposes.
Uvjeti privatnosti
All rights reserved © HAH 2005. - 2022. | Arhiva stare stranice Made by: ofir.hr