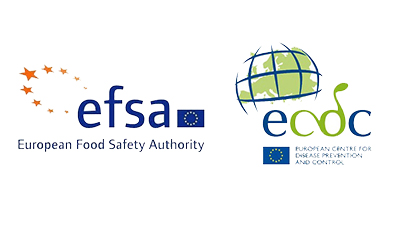 Bacteria from humans and animals continue to show resistance to antimicrobials according to a new report published today by the European Food Safety Authority (EFSA) and the European Centre for Disease Prevention and Control (ECDC). The report highlights some emerging issues and confirms antimicrobial resistance as one of the biggest threats to public health, mainly by reducing the effectiveness of treatment options.

Among the new findings, based on data from 2016, are detection of resistance to carbapenems in poultry, an antibiotic which is not authorised for use in animals, and of ESBL-producing Salmonella Kentucky with high resistance to ciprofloxacin in humans, which was reported for the first time in four countries.

Marta Hugas, EFSA’s chief scientist said: “The detection of resistance to carbapenems in poultry and to linezolid in methicillin-resistant Staphylococcus aureusin pigs is alarming because these antibiotics are used in humans to treat serious infections. It is important that risk managers follow-up on these findings.”

Mike Catchpole, ECDC’s chief scientist commented on the results: “We are concerned to see that Salmonella and Campylobacter bacteria in humans show high levels of antimicrobial resistance. The fact that we keep detecting multidrug-resistant bacteria means that the situation is not improving. We need to investigate the origins and prevent the spread of highly resistant strains, such as ESBL-producing Salmonella Kentucky”. Preporučite nas:
Distribution of articles is allowed with reference to the source, except for commercial purposes.
Uvjeti privatnosti
All rights reserved © HAH 2005. - 2022. | Arhiva stare stranice Made by: ofir.hr