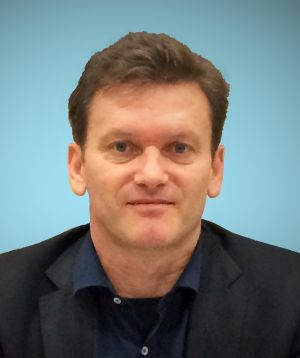 Zdenko Lončarić was born on November 17th 1964 in Osijek and graduated at Faculty of Agriculture April 20th 1989. In 1988, as a graduate student completed an internship at Landessaatzuchtanstalt der Universität Hohenheim, Stuttgart.
He has been employed at the Faculty of Agriculture since November 15th 1992, first as an assistant lecturer in Plant nutrition, and since 1997 in Agrochemistry, Ecophysiology and Fertilization.
At the Faculty of Agriculture of postgraduate studies Plant Protection he finished Master degree in 1996, and his doctoral thesis Mathematical modeling of winter wheat was defended on  September 24th in 1999.
He was elected for assistant professor in Plant Nutrition and Fertilization  in November 30th 2000, for associate professor in 2006, full professor in 2009, and the permanent full professor in 2015.
In the period 2005 to 2013, he was vice dean for science, and since January 2009 the Head of the Department of Agroecology. Since 2012 he is the President of the Governing Council of College of Agriculture in Križevci.
He published 154 published scientific papers, university textbook Plant Nutrition, 6 university manuals and 6 internal scripts. He has participated in 92 scientific conferences with 32 oral presentations, 95 papers and 99 abstracts.
He has led two national and five other research projects, two bilateral international projects, one international IPA project and he was associate it to other 11 different projects. He was coordinator for Croatia within the COST Action FA0905 Mineral-improved crop production for healthy food and feed.
He led the 7 doctoral theses and 25 graduate theses. He speaks and uses English and German languages.
He is married and has three children.

Preporučite nas:
Distribution of articles is allowed with reference to the source, except for commercial purposes.
Uvjeti privatnosti
All rights reserved © HAH 2005. - 2021. | Arhiva stare stranice Made by: ofir.hr