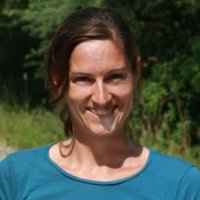 Studied veterinary medicine at the Free University of Berlin from 1992 to 1999 followed by a PhD in Veterinary Public Health at the same university until 2006 on hygienic quality and associated public health risk of fresh and fermented raw milk in West Africa. Worked on several projects in West Africa from 1999-2006 in the field of food safety research and development. From 2006 to 2007 employed at BfR in Berlin, working on a project on EFSA food-borne outbreak data collection. Since 2007 working at EFSA as a scientific officer in the BIOCONTAM unit.

Preporučite nas:
Distribution of articles is allowed with reference to the source, except for commercial purposes.
Uvjeti privatnosti
All rights reserved © HAH 2005. - 2022. | Arhiva stare stranice Made by: ofir.hr